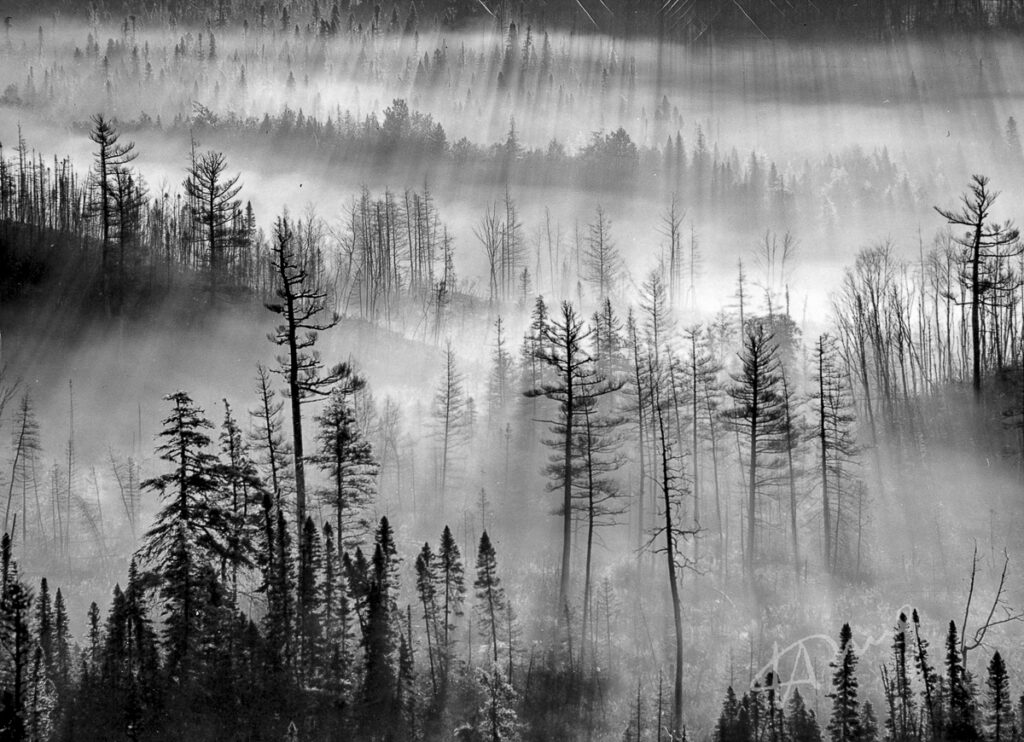 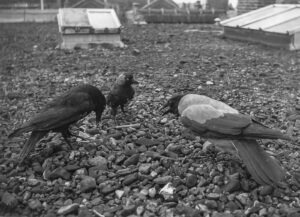 Hugo Wilmar wins an amateur wildlife photography competition. The photo shows a raven, a crow and a rook. What the jury does not know is that Hugo set up the animals. As far as is known, this photo marks the beginning of Hugo Wilmar's career as a photographer. 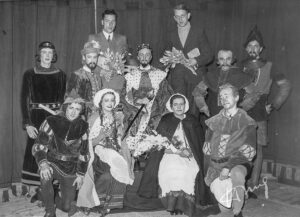 Hugo Wilmar plays in the school play of the Rijnlands Lyceum Wassenaar. The piece is called “The Wounded Lion”. (photo: © Polygoon, Haarlem)

At the end of 1943 Hugo Wilmar is arrested during a Razzia. He pretends to be mentally handicapped. The German doctors examine him for two months in the Ursula clinic in Wassenaar. The Diagnosis is that Hugo is indeed mentally ill, but otherwise harmless 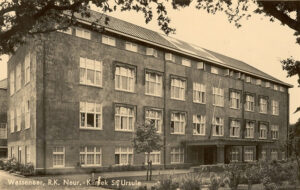 After the Razzia of 1943, Hugo Wilmar is released from the Psychiatric Ursula Clinic. In February 1944, his escape from occupied territory begins. Hugo Wilmar wants to register as a War Volunteer with the Free Dutch Forces in London.

In February 1944 Hugo Wilmar and Bob Hummelding leave The Hague. Jan Woldijk helps them on their way to Paris. Hugo Wilmar wants to register as a War Volunteer in London.

Hugo Wilmar reached Paris on April 5, 1944. Most of the first part of the trip was done on foot. After a short breather, he decides on April 22, 1944 to travel to the Pyrenees. Without a valid ticket and with a false “Ausweis” he gets on the train to Bordeaux

With the help of the Communist Marquis in Morlaàs, France, Hugo crosses the Pyrenees via Pic du Midi and Cirque de Gavarnie. The tour lasts 4 days. Hugo is deeply impressed by the beautiful nature.

When Hugo reaches Jaca in Spain on May 20, 1944, his group is arrested and sent to internment camp Miranda del Ebro. Here he is detained from May 24 to June 15. Hugo is released with the mediation of the Dutch Consulate in Madrid.

Hugo Wilmar leaves from Gibraltar to Oran in Algeria. The first period he camps with the American troops. Later he is transferred to a British prisoner of war camp in the desert around Algiers.

On October 14, 1944, Hugo Wilmar can thermostat aboard MS Eastern Prime, which in convoy takes him to 30 ships to Glasgow. MS De Volendam and MS Van Oldenbarneveld are also part of the convoy.

From November 20 to 30, Hugo Wilmar will be interrogated at the Patriotic School in London. First by the British Intelligence Service, then by the Dutch Police External Service.

Hugo Wilmar is released on December 1, 1944 by the British Intelligence Service. He reports to the Dutch agency of the RAF to register as a tailgunner. Because he wears glasses, he is rejected at the front for all active people. Eventually he signs with the Dutch Marine Information Service (MARVO). 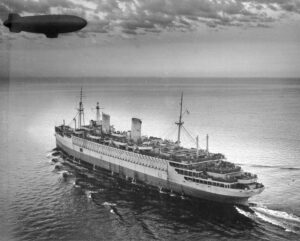 Hugo Wilmar embarks on board the USS Wakefield with the first 23 war volunteers. With a Tommy gun in his hands, he is responsible for guarding German prisoners of war.