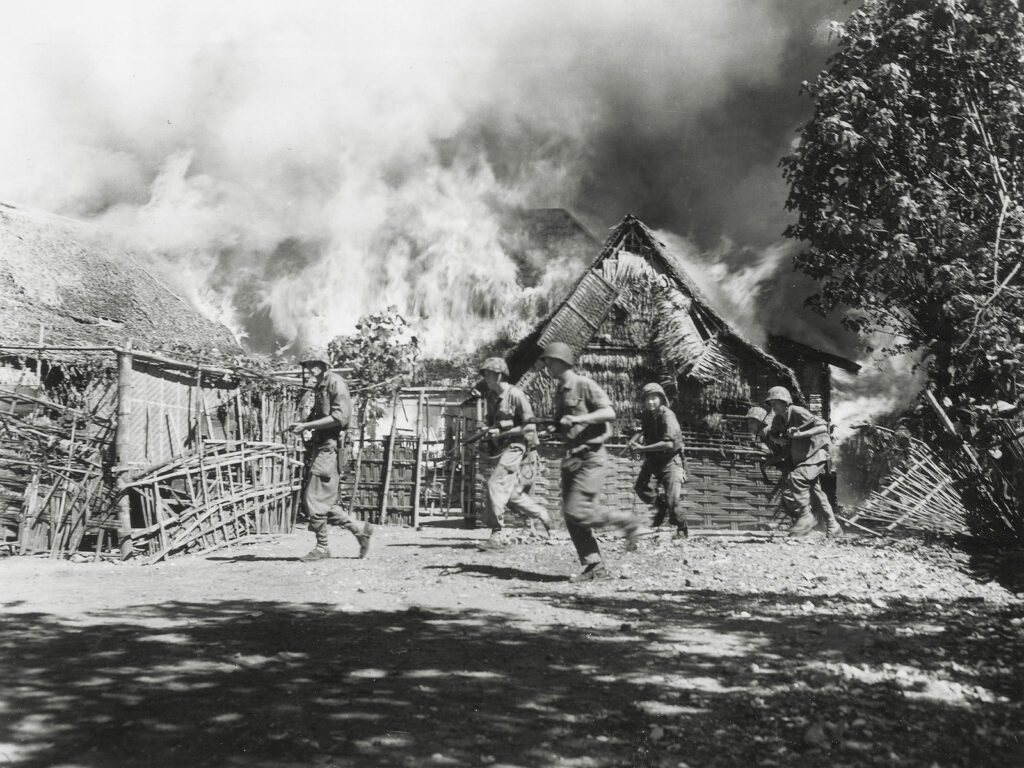 Hugo Wilmar is assigned to the Marine Information Service. He has since been promoted to Lieutenant. As a film operator, Hugo films the departure of the Dutch Marines from Camp Davis. The 2000 men board the SS Noordam, which will take them to the Indies.

The tour leads via the Mediterranean sea past Port Said and Aden, towards Ceylon (Sri Lanka). Then the Noordam leaves for Batavia. However, the English reported that a course should be set towards Malacca (Malaysia). On December 17, 1945, the Noordam arrives in Port Swettenham.

“It was here that everyone began to realize very clearly that we were really at the mercy of the English, who are not mistakenly called 'Focking Limeys' by the Yanks. We were not allowed to go to the Indies and not even on land.” (letter dated 2 Jan. '46)

It was not until March 1946 that the Noordam received permission to build in Indonesia. The Marine Brigade is stationed in Surabaya.

To the great anger of Hugo Wilmar, only his "good news images" are released by the information service in the Netherlands. The dire conditions under which the Marines have to live and the bloody battles remain in the dark room. For Hugo, this censorship embodies the oppressive and petty-bourgeois character of Dutch culture. With some disillusionment and irritation, Hugo retires as a soldier in May 19476.

(…) As for the publication – it is blocked and countered as much as possible. Disgraceful! The Dutch people live there in the firm conviction that we are lucky enough to be here in our beautiful Indie.” (Letter to parents, May 26, 1946)

Hugo returns to the Dutch East Indies as a journalist at the publishing house De Spaarnestad. On July 21, 1947, Hugo photographs the Marines landing in Pasir Putih. This landing, Operation Product, marks the beginning of the first Police Actions (Decolonization War).

In December 1957 Hugo Wilmar travels to Djocjacarta (now: Yogyakarta). He uses the press card of the American photo agency International News Agency. With this he goes zig in the den of the lion. He manages to shoot a photo series of the Republican leader Soekarno. Publisher de Spaarnestad publishes the report, as an anonymously purchased American report, in the Dutch magazines.