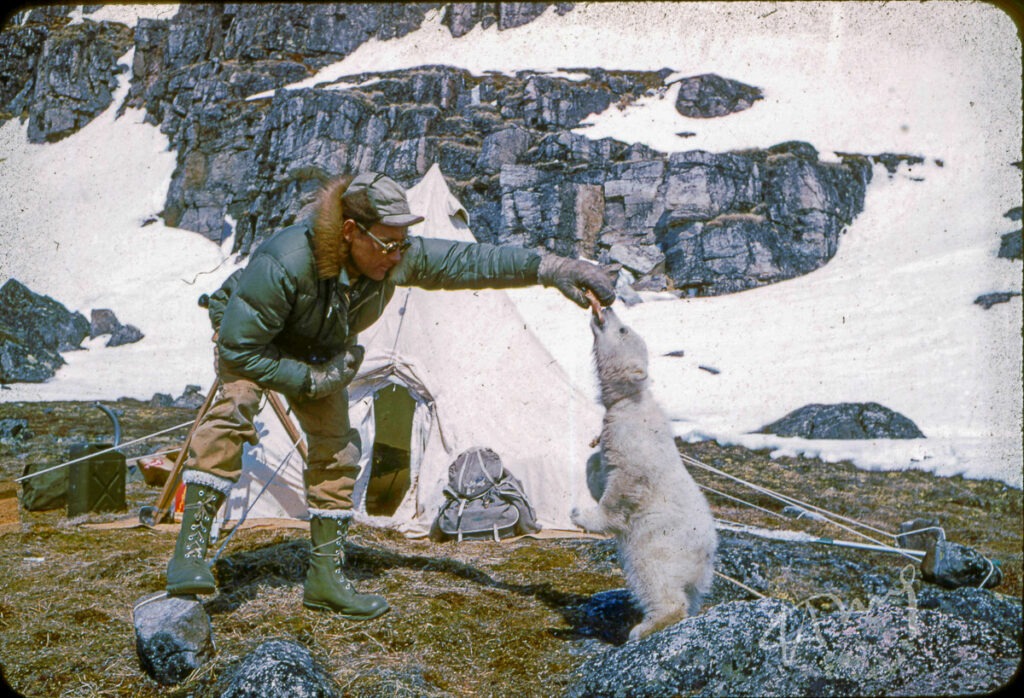 Robert McCabe, one of Hugh Wilmar's professors at the Wildlife Management training, explains that Disney is looking for a nature photographer and film maker. This is perfect for Wilmar. He seizes that opportunity with both hands. McCabe puts Hugh Wilmar in touch with Tom McHugh. McHugh heads the Wildlife Photography division of Disney. Based on his Spaarnestad Hugo Wilmar's portfolio was adopted in 1954. He leaves for Burbank, California with his girlfriend Mary Pierce.

“(…) Rarely or never have I seen such a wonderful mix of all sorts of exceptionally interesting talents and personalities together as during the twelve o'clock in the studio cafeteria. Patiently waiting in the long line is Peter Lorre (…), a cameraman, Walt Disney (Himself) and Kirk Douglas, sound expert for Donald Duck (the man who mimics the chatter) (…) ”

Disney welcomes the adventurer with open arms. Hugo feels like a fish in water with the Disney family. He enjoys life, his colleagues and above all, the freedom to work in - and with - nature. He notes that many of the Disney nature films are also staged. Hugo's experiences with influencing reality in his reports come in handy here.

In his early months of service at Disney, Hugo mainly shoots smaller productions, including bears in Yellowstone National Park and fighting bison in Nevada for the book “The Vanishing Prairie”. The beautiful images of Hugo do not go unnoticed - Walt Disney praises Hugo in the prologue to the book.

In a hidden studio in Murray, Salt Lake City, Hugo explores the possibilities of creating a book photo story of the production of the True Life Fantasy Film Perri. Perri is about a young squirrel, the world and the associated dangers discovered. 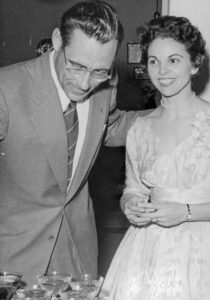 Hugo and Mary married on November 18, 1954. Erwin Verity is one of the producers of the True Life Adventure cinema films. He organizes a reception for the couple:

And so I was married (finally) on November 18th at St. Finbar's Church, Burbank, California. It was a beautiful day - about 90 degrees with the sun shining brilliantly. After the ceremony we had a luncheon at the Smoke Pit, located right across from Warner Bros. Studio and in the evening a party (with wedding cake and champagne) given by Erwin Verity, the production manager of the True-Life Series. It was all very wonderful, and considering that it took place miles from home and with no old friends nearby it was none-the-less very marvelous. (…) ” 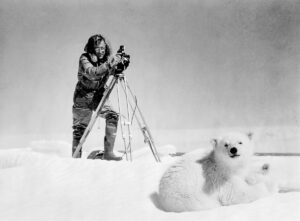 Shortly after, the couple set off for Coral Harbor, Southampton Island, just below the Arctic Circle. Here they are working on the True Life Adventure movie “White Wilderness”. In and around the house, the couple takes care of the main characters of the film: an arctic fox, a seal and a polar bear family. When filming the two playing polar bear cubs on an ice floe, Hugo is attacked by mother polar bear. The Eskimo guide saves Hugo's life and shoots the bear a few yards from Hugo. Hugo and Mary take care of the two cubs. To achieve the desired Disney flair, the cubs roll, with a helping hand, from a steep snowy mountain. Preventing polar bears from catching the domestic seal is more challenging.

When Mary is pregnant with their first child, Hugo is afraid that his acquired freedom in nature will come to an end again. In the fall of 1955, the couple returned to America, where their daughter Diana was born. 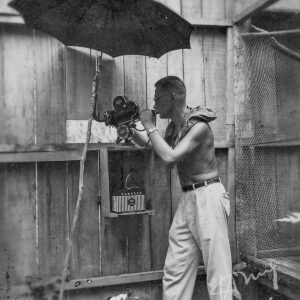 To Hugo's relief, this fear turns out to be unfounded. Shortly afterwards, Hugo and Mary, along with their newly born daughter, head out into the jungle of South America to film the infamous black panther for the movie “Jungle Cat”. In the flowery correspondence with the Disney producers in Hollywood, Hugo discusses the challenges in making the nature films in detail - from painting a jaguar kitten black for the scenes about the black panther to the paint growing in the animal's coat. The animals from the film are introduced and visualized in the natural environment from the wooden fenced studio.

“(…) The dyed jaguar kitten has faded so rapidly within the last 2 weeks (although the hair on my hands is still black) that he has become completely unusable and as a matter of fact looks terrible. (…) ”

Just before Christmas 1957, on the way home for the birth of his son, Hugo died at the age of 34 in a train accident near the ancient Inca city of Machu Picchu in Peru.

Hugo Alexander Wilmar is buried among the pine trees on a gentle hill, overlooking the Walt Disney Studios in Burbank, California.