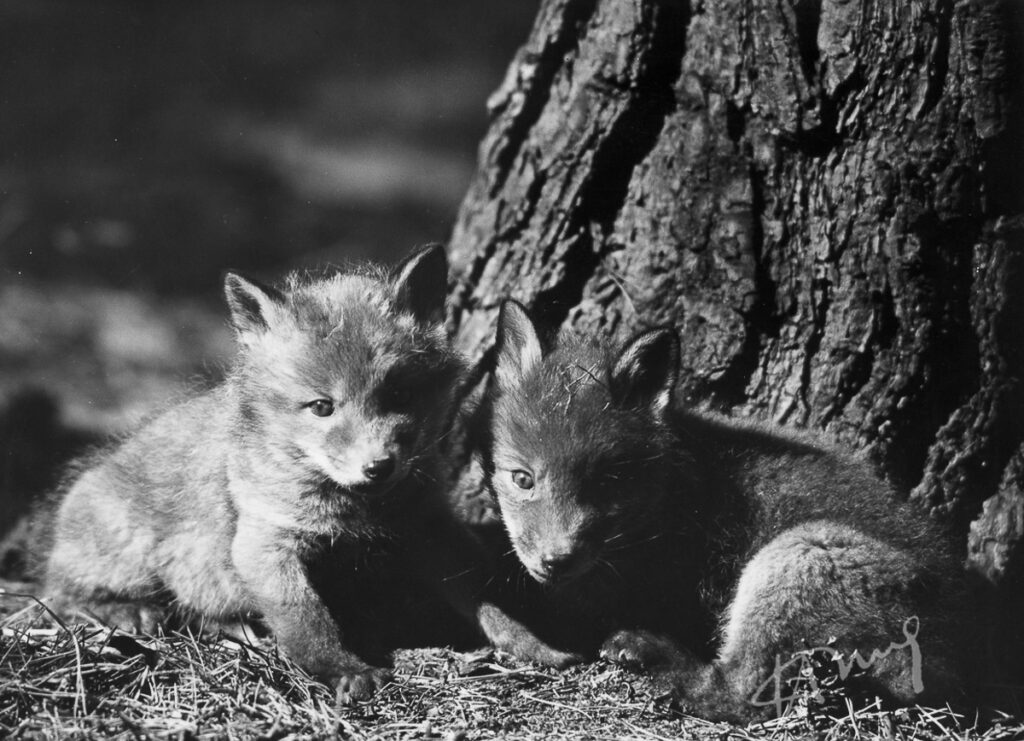 Hugo Wilmar was born on May 28 in 1923 in Amersfoort. He grew up in The Hague as the second son of a family of four. The family is conservative. His father is Victor Emile Wilmar, Lieutenant Colonel attached to the General Staff in The Hague. His mother is Marie Jeanne Leembruggen.

Hugo has one older brother, Emile, and two younger sisters, Hélène and Cécilia. In 1942 he graduated from HBS at the Rijnlands Lyceum in Wassenaar.

He has a passion for photography and nature. As an amateur photographer and hunter, he goes into the dunes whenever possible. Together with the gamekeeper duo the brothers Velthuis, he roams around De Horsten Estate. In addition to photography, Hugo learns to set up animals. He places these animals in their natural environment to create the picture in his head.

On the roof of his family home, he groups a crow, rook and chew. With the photo he wins an amateur photo contest. The jury does not know that Hugo set up the animals.

In 1942 he runs into Fotohandel Nieuwenhuis Jan Woldijk. They share the passion for photography. Here Hugo Wilmar makes the first contacts with the resistance.

His free existence changes with the outbreak of the Second World War. His father, a lieutenant colonel attached to the General Staff, is regularly arrested by the Germans. Because of his heart condition, he comes out more dead than alive. This has an impact on Hugo's family.

In 1943 Hugo Wilmar photographs the demolition in Duindorp for the Construction of the Atlantic Wall.

The increasing stranglehold of the occupier and the constant threat from the Arbeitseinzats make his forays into nature too dangerous. Hugo's opposition to the Germans is growing. At the beginning of February 1944 he is looking for a way out - Hugo wants himself in London as a war volunteer Sign Up.